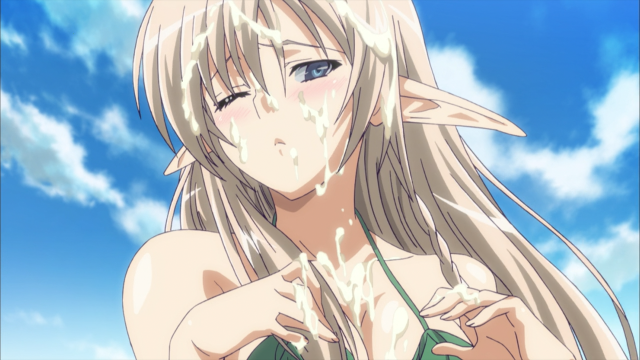 So wrong, yet so right.

Out of the three ecchi anime I’m working on right now, this is the one I like the most. The OVA focus much more on developing the characters and less on the plot (which honestly, it sucks). The side characters get a lot more depth in this OVA, they become much less one dimensional and much more interesting. This OVA is by far my favorite Queen’s Blade out of the three seasons. Mamiko Noto being total badass once again helps in my decision on encoding this. The ED being sung by the voice actress is a nice touch, too bad it was never translated, through I can understand why. If you have grinned through that awful first season, than you’ll be rewarded with this gem. But who am I kidding, all of you will watch this because of the shameless fanservices.

tl; dr, there is boobs and asses, just watch it.